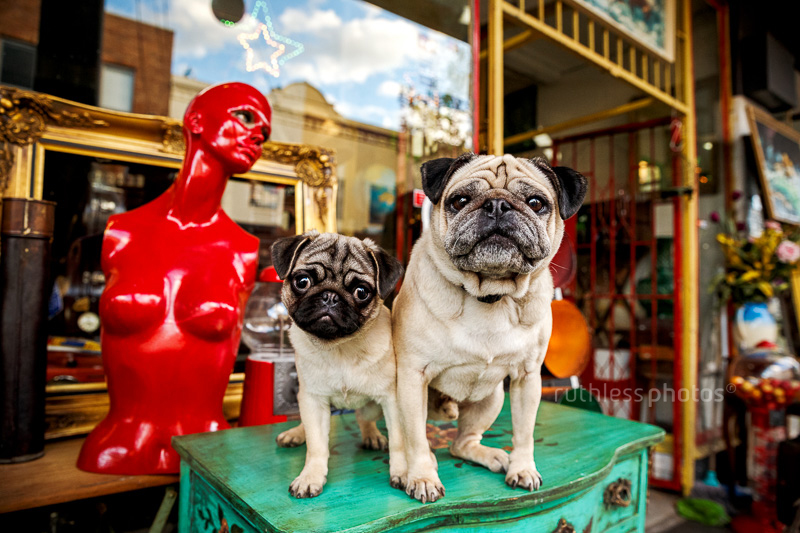 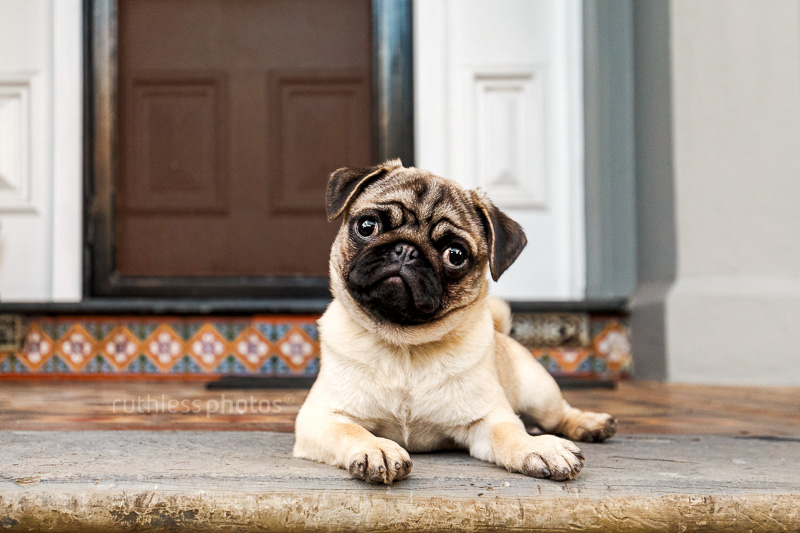 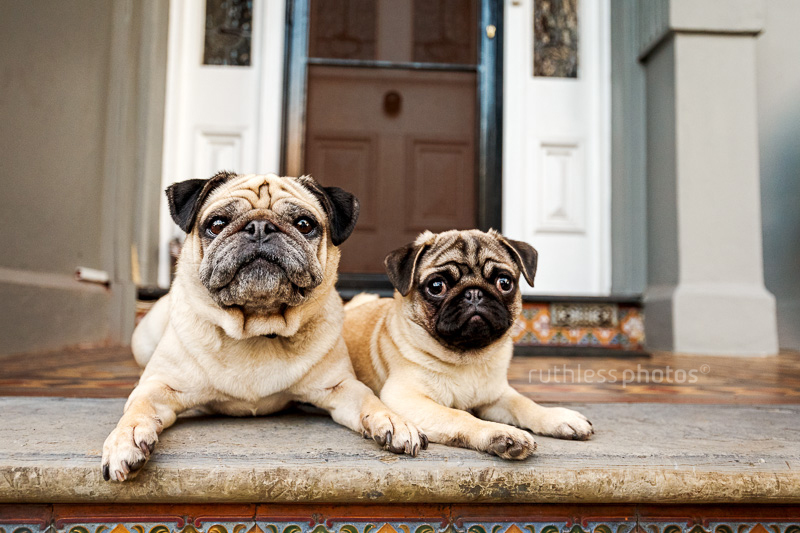 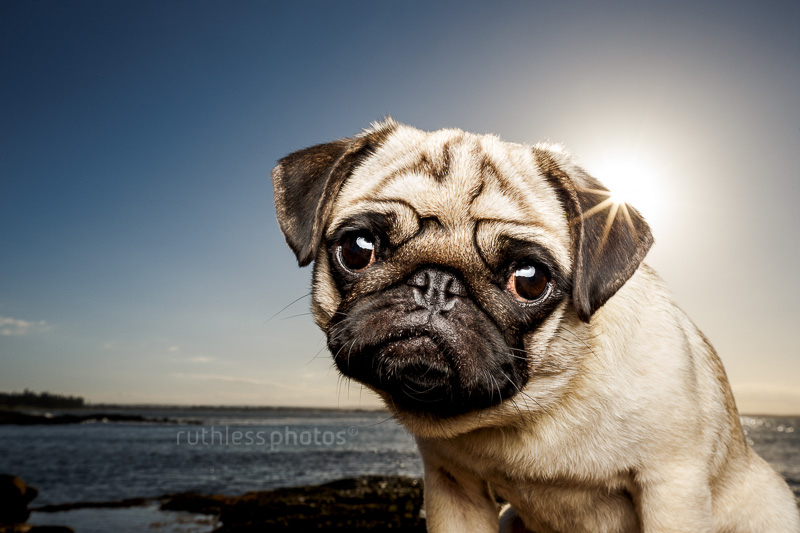 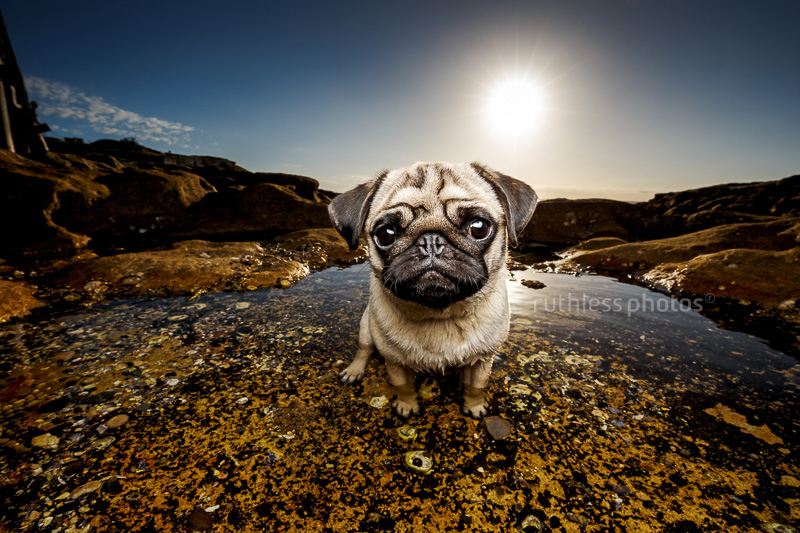 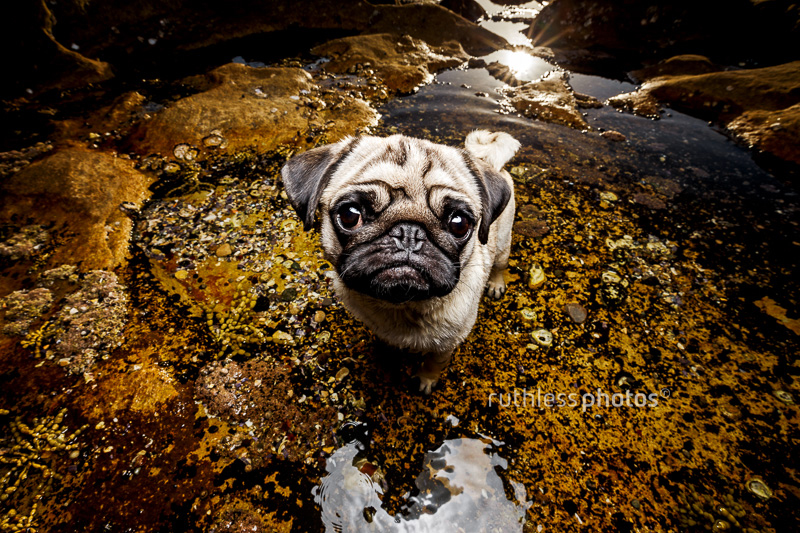 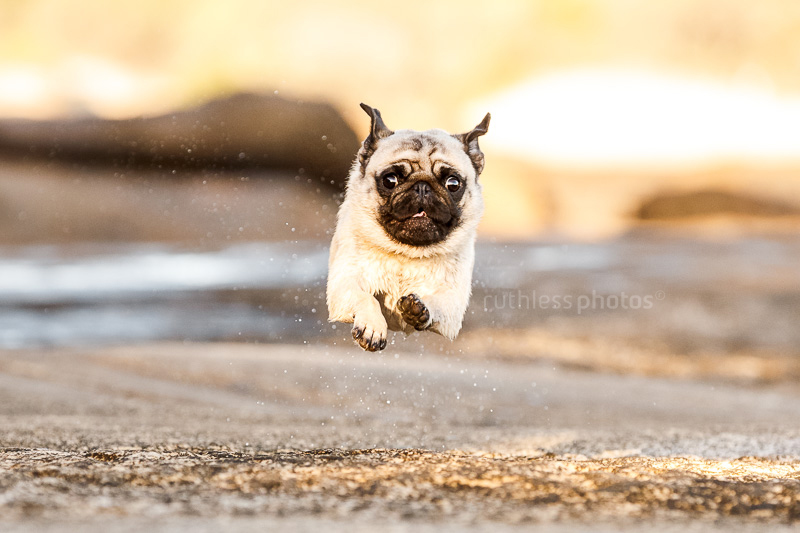 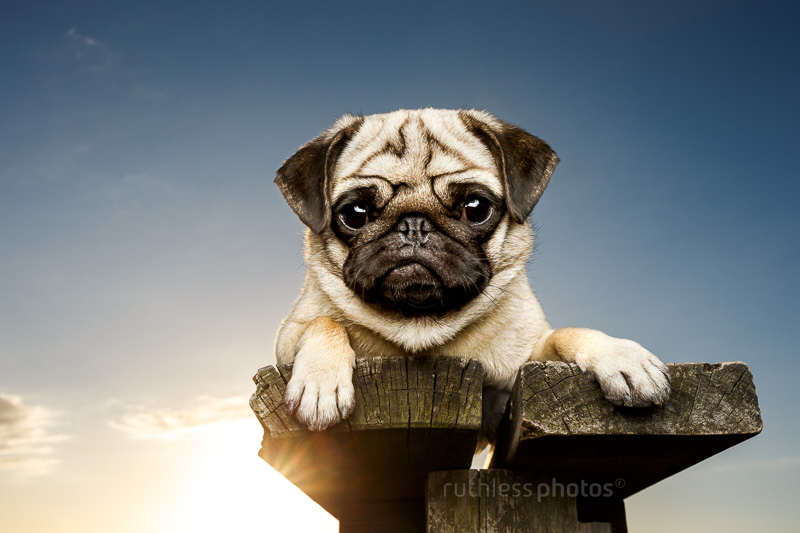 Ruthless Photos would have to be one of my favourite pet photographers around. I have even had Ruth photograph Ref + Serina. The images Ruth creates are stunning, vibrant and well, just perfect. Ruth is no stranger to photographing pugs as they have featured in her Tails of Sydney book and will feature heavily in her newest charity project, the Squishy Face Crew Book. This session of the super adorable Prudence Flower is no exception. Each of these photos have personality, vibrant colours and a stunning style that will wow you!

From Ruth of Ruthless Photos

I first met Prudence Flower when I was doing sessions for my Tails of Sydney book in 2016. She was only a baby puppy when we met on the busy King Street in Newtown where she shone like the absolute star that she is. When I launched my next charity fundraiser book project – the Squishy Face Crew book – I was delighted to hear she’d be taking part. She doesn’t live with Zeke any more so she had the limelight all to herself this time. She wasn’t much bigger than the first time we met. Although fully grown she’s only a tiny, and athletic, 6kgs. What she lacks in size she sure makes up for in personality and spunk! I’ve never met a Pug that wasn’t food motivated so it’s always a real pleasure to work with them. I thoroughly enjoyed my session with Prudence. Her owner was thrilled with the photos and we’re both really happy that the whole process raised money for two very worthy squishy faced rescues.

Shortly after Ruth moved to Sydney from Dublin, Ireland in 2004 she set the wheels in motion to claim her crazy dog lady title. Totally enabled by her husband, she adopted three dogs in the space of six months. She’d done a visual communications degree where she specialised in photography and graphic design but that was back in film days. When dog number three turned out to be quite the camera ham she decided to invest in a DSLR. Since they couldn’t adopt any more furry friends, and Ruth still wanted to help rescue dogs, she started volunteering as a photographer at the shelter that two of her dogs had come from. Like she’s done with every hobby since her jewellery making days in high school, she turned it into a business. In 2008 Ruthless Photos was born and she’s been a specialist pet photographer for close to a decade now. She’s still very involved with rescue and currently shares her home with four rescued blockheads and the occasional foster puppy (or four!).