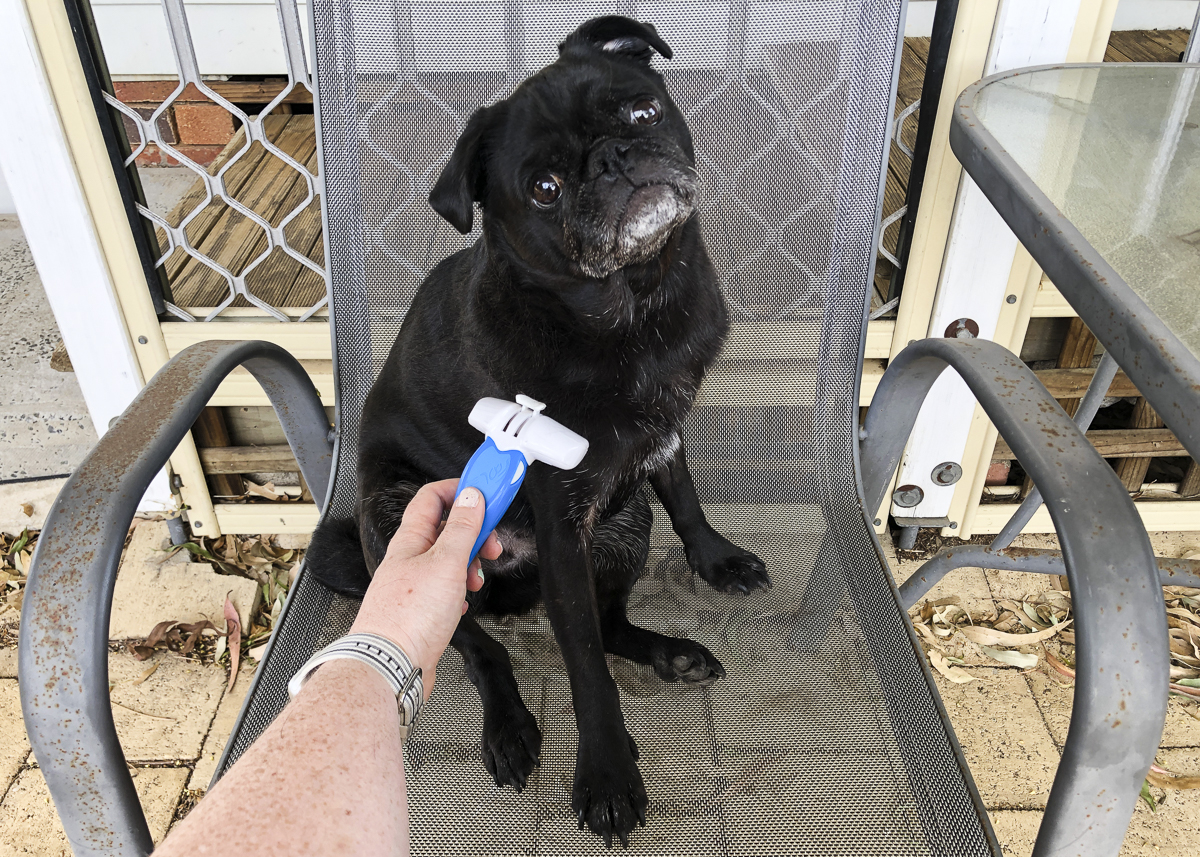 I know the Furminator is the number one grooming tool when it comes to owning a pug. I have always been a big supporter of it because of how well it removes the pug hair from their coat. But there is a brush on the market now that does what the Furminator does but it a more pug friendly way. For me, it is goodbye Furminator, Hello Foolee Easee!

If the Furminator does such a good job with deshedding, why would I step away from it? To put it simply, it was the metal teeth on the tool. I was always so worried by the fact that I would hurt my pug’s skin because of the metal teeth. Not to mention it is always recommended to not use it any more than once a week for this reason and you don’t want to use it for anymore than 10-15 minutes. So when I came across the Foolee Easee Deshedding tool, I had to buy one and put it to the test. 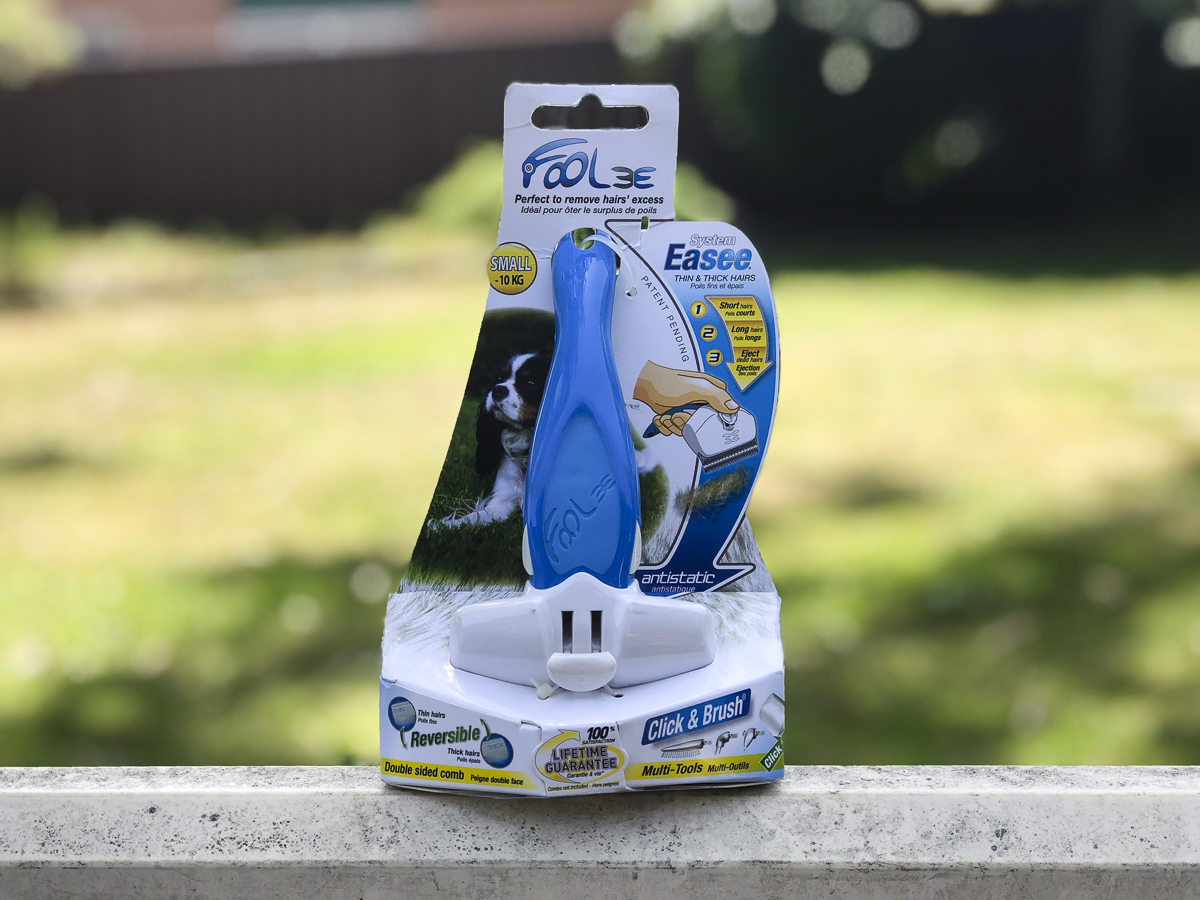 What is the Foolee Easee?

Before I jump into how it compares to the Furminator, let me tell you about the Foolee Easee. It is a deshedding tool that is made entirely of plastic meaning it removes those loose hairs from your pug’s coat without the risk of damaging their skin with metal teeth. It comes in a variety of sizes but the small Foolee Easee is the perfect one for pugs. The teeth on the Foolee Easee are actually removable so you can switch between the 2 types easily based on your pug’s coat and how much you need to use it. The 2 types of teeth are in different colours so you know which one to use. The black is for more intense deshedding is a harder plastic than the white that is a softer one for everyday gentler use. Both teeth have dual teeth depending on your pug’s coat. There is one side for thinner coats and the other for thicker coats. Right off the bat, you have 4 ways to use the Foolee Easee. 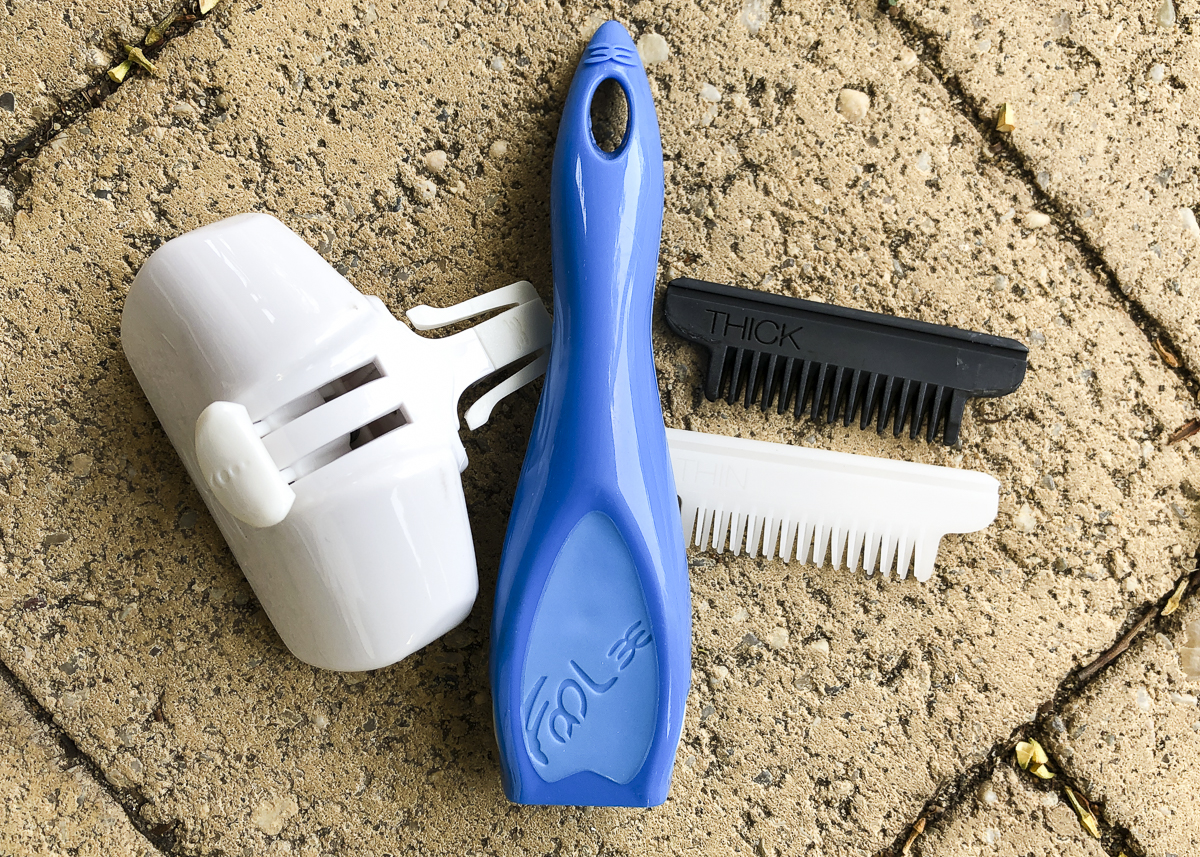 The handle is detachable from the head which allows you to use the handle with the many other Foolee grooming accessories meaning they take up less space in storage, not to mention the versatility. I liked being able o remove the head from the handle to make it easier to brush the best area of the pugs without the handle getting in the way. The head of the Foolee Easee has a button that allows you to adjust the length of the teeth for long or short hair and then move it all the way back to eject the hair sitting in the teeth. It is also made from static free plastic making it so much easier for the hair to come off the brush. 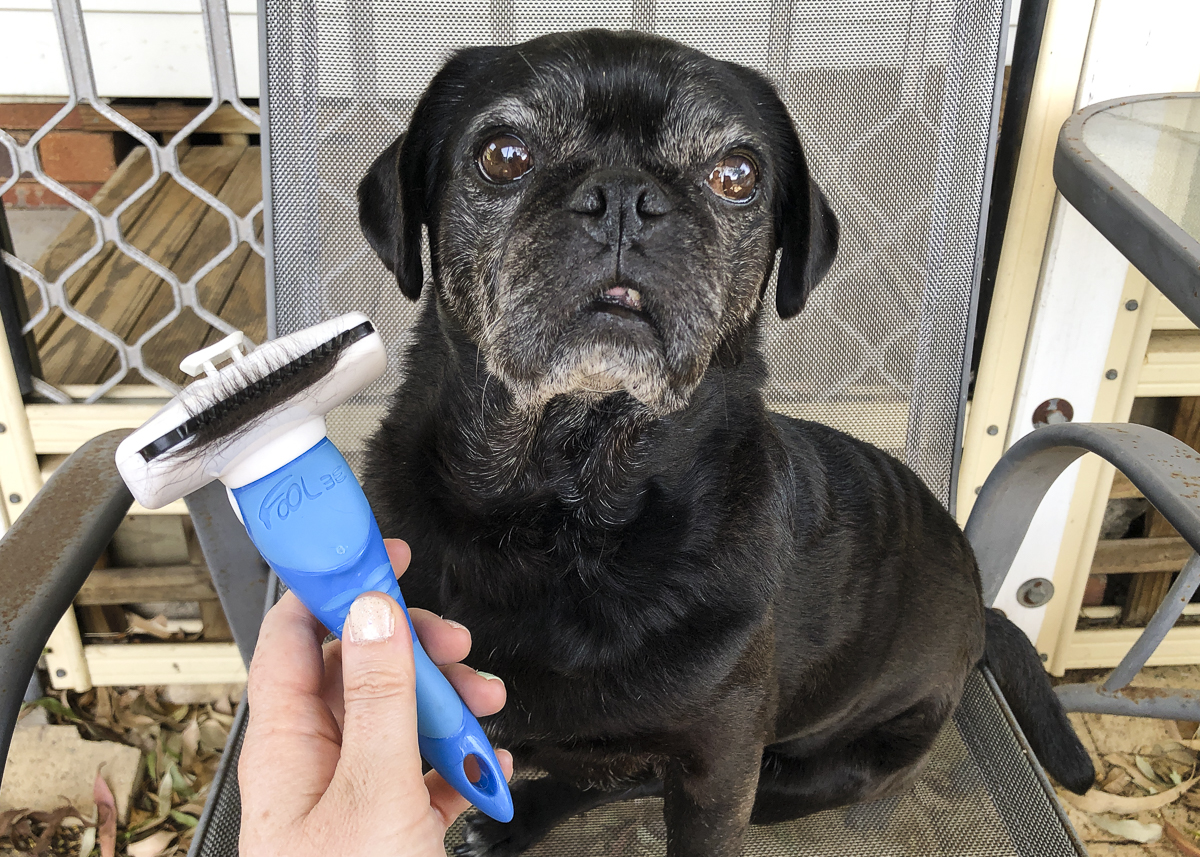 How does it compare to the Furminator?

The Foolee Easee is just as costly as the Furminator but well worth the money. I put it to the test by using both the Furminator and the Foolee Easee for 5 minutes straight on Ref to see how much hair it removed. I used the Furminator first followed by the Foolee Easee and I have to say, considering the teeth aren’t as fine on the Foolee Easee and they are plastic, in 5 minutes I removed just as much hair from Ref as I did with the Furminator. I could brush his chest much easier knowing that even though he has less fur there, I wasn’t going to hurt his skin. Plus I removed the handle making it easier to do his chest cause it wasn’t getting in the way. I did the same thing with Serina as her coat is very different to Ref’s. I never get a huge amount of loose fur out of her coat at the best of times so it seemed like it didn’t take much out but when I took a closer look at the hairs the Foolee Easee removed compared to the Furminator, they looked different. It didn’t look like they removed or split any healthy hairs. It appeared to remove just the dead hairs that it claims to do. 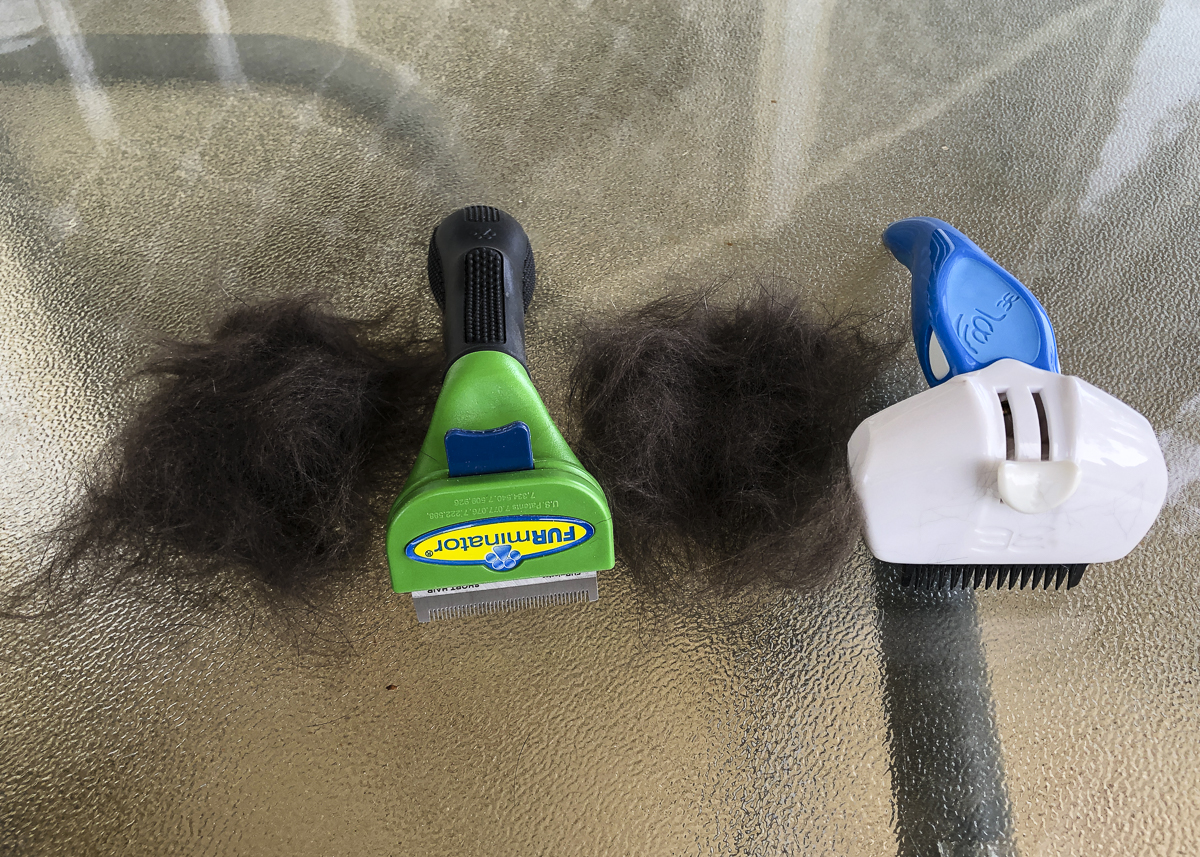 Whilst it is a plastic tool that doesn’t seem to look as good as the Furminator, the Foolee Easee held up to the task without the use of metal of a pugs skin which that alone makes it worth the money. I love that you can use it daily, not that I am that on top of things, but switch out the teeth for a more intense brush. It felt easy to use and much more light weight plus the hairs were easy to come off the brush. Overall, if you are looking for a deshedding tool I think the Foolee Easee brush is worth the consideration.

What to Expect When Taking Your Pug to a Groomer

Why You Should Brush Your Pug Every Day

The Importance of Cleaning Your Pug’s Wrinkles